Camp Magruder currently sits out of danger as fires have even made their way to the Oregon Coast. All camp staff who live onsite have remained in place, staying indoors as much as possible to avoid the heavy smoke that has been in the air. Camp was without power for over 24 hours following the windstorm early in the week. Several smaller trees fell, but no buildings were damaged.

The nearest fire to camp is the Pike Road fire near Idaville around 20 miles from Camp Magruder which has burned an estimated 220-250 acres. Our most recent update from the Tillamook County Sheriff's Department relayed info from the Oregon Department of Forestry that though the fire is only 5% contained, there is a fire line completely surrounding it, and weather conditions are favorable for containment.

Camp Magruder is housing two families from the Idaville area who had to evacuate, and though local conditions seem to be improving, we are in discussions with local partners and our supervisory bodies about larger scale sheltering for evacuees should need locally or from other parts of the region.

There has been a haze of orangey-brown clouds many Oregonians are unfortunately familiar with above camp for the last three days. As of Friday the smoke had begun to ease up and the smell has not been as strong, but we are trying not to spend too much time outside.

We have heard from friends all over the state and the country, checking in to make sure we are ok. Thanks so much for your love and care. It is so uplifting to be part of such a loving circle of friends, even during these trying times. 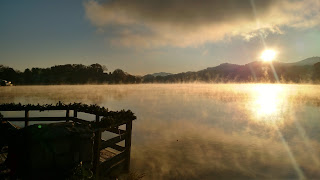 Losing the Light When Summer’s Ended: Lessons from camp about isolation and abrupt transitions, as quarantine wears down recovering friends 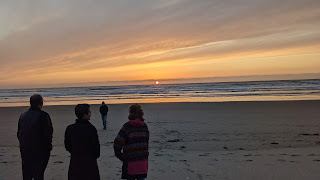