"The cross and flame on the boathouse caught my eye while driving down US 101 years ago when we were living in Gig Harbor, WA. I recall being impressed that there was a United Methodist Church camp situated on a lake next to the ocean. I was directing camps for the Boy Scouts of America at the time and thought that it might be exciting to serve at a camp like that someday. Years passed and we moved to Spokane, Colorado, and Maine. Wanting to move back to the Northwest to be closer to Melinda's family, I answered the Camp Director position posting for Camp Magruder. Coming out to interview for the position, I discovered that Camp Magruder was the United Methodist camp that I had seen on that lake by the ocean years before. The Holy Spirit works in mysterious ways." Steve began work as the Camp Director at Camp Magruder in December 2007 with his wife and three children joining him after the 2007-2008 school year wrapped up. 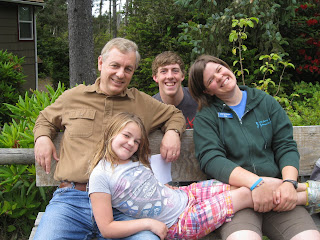 "I love camp. 9,000 people visit every year and it is a joy to make their acquaintance and to be their host in this remarkable ministry setting. I want people to know that a lot of people who they will probably never meet had a vision, reached deep into their pockets, and through no small effort worked to build this wonderful ministry site called Camp Magruder. People should know that hundreds of volunteers shape that vision for thousands of campers every year by serving as counselors, deans, event coordinators, chaperones, and seasonal staff. Still others reach into their pockets and give a portion of their resources to the ministry so that future generations may come to know and love Christ at Camp Magruder." 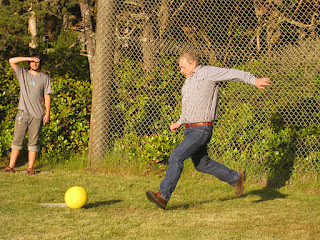 "My hair seems to grow a bit whiter with each passing year and the mountains I climb aren't quite as tall but my passion for camping, like the embers of the campfires of my youth, fanned by countless people, is a fire that burns within, a fire sparking embers that I hope others will catch and carry into the future." 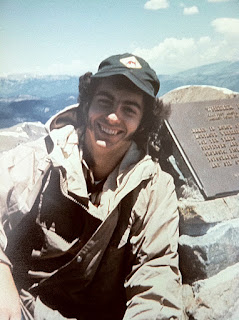