Skip to main content
Posted by Camp Magruder May 18, 2012

This past weekend we held our annual On-Site Leadership Training at Camp Magruder. It was a great time to catch up with old friends, meet some of our new camp leaders, prepare for the summer season to come, and get excited about all the possibilities this year at Camp Magruder.

I thought I'd take a few minutes to introduce you to the Summer Staff of 2012. These folks made it through the rigorous application and interview process this winter and are excited to get to serve our guests this summer. 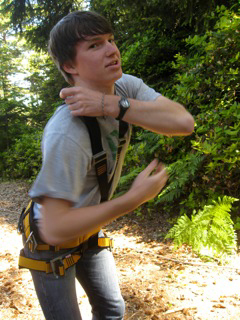 Brett "Shamrock"-
Brett hails from Gresham and is currently a student at Oregon State University majoring in Environmental Science. Brett's involvement in camping began as a camper with his church's annual family camp at Magruder. He went on to be a camper his junior and senior year of high school at M.A.D.D. camp. He's counseled for three years with our S.T.A.R.R. and Superkids Camp programs. This summer Brett returns for his second year on Summer Staff. Brett's favorite camp activities include shooting arrows by torchlight, water trampoline gymnastics, and naps in the woods. He enjoys going to camp to relax and make fun memories with friends. When Brett grows up he'd like to be a polymath (someone who knows a lot about a lot of different things) and a good person. Brett's hobbies include being active, drawing and using other art mediums, baking, and learning interesting science. If Brett were to be on David Letterman's Stupid Human Tricks he could win a silent contest. Something you might not know about Brett is that sometimes he wishes that he could give up modern living and go live in the woods. He'd like to build his own shelter, live off the land, and ponder life's mysteries. 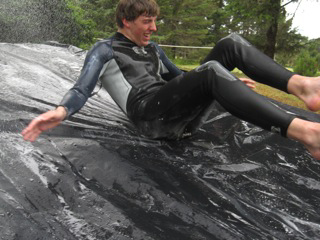 Chris "Squirrely"-
Chris hails from Sherwood and is currently a student at Willamette University majoring in Chemistry. Chris's involvement in camping began as a wee little camper participating in Earth Rangers, Earth Xtreme, S.T.A.R.R., and M.A.D.D. at Camp Magruder and Senior High Adventure Camp at Suttle Lake. Chris went through the Counselor in Training program at Camp Magruder and later went on to be a counselor with Mid-Summer Challenge Camp for four years. This summer Chris returns for his second year on Summer Staff at Camp Magruder. Chris's favorite camp activities include dancing to KP clean up mixed cd's and launching campers off the pickle at the waterfront as well as spending time singing crazy songs around the campfire. When Chris grows up he'd like to become a time traveler and have the voice of Darren Criss (Blaine from the hit show Glee). Chris's hobbies include making music, running, swimming, archery, eating pints of ice cream, and singing really loud with music in the car. If Chris were to be on David Letterman's Stupid Human Tricks he would bend his thumb 90 degrees at the first knuckle. Something that you might not know about Chris is that he's been swimming competitively for eight years and doesn't like to be wet and he almost cried when he didn't get his letter to Hogwarts when he was 11. 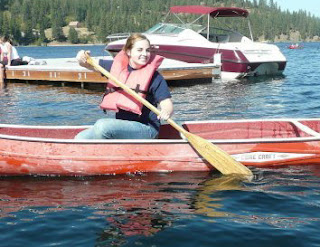 Christina "Kudu"-
Christina hails from Portland and just graduated from Gonzaga University with a double major in Biology and Environmental Studies with a minor in Economics. Christina's involvement in camping began as a camper with her church's annual family camp at Magruder. She was camper for two years at Suttle Lake's Senior High Leadership Workshop and attended Wildhorse Canyon Younglife Camp. She later went on to be a counselor volunteering with our Superkids program for two years. This will be Christina's first summer working on Summer Staff at Camp Magruder. Christina's favorite camp activities include campfire, skits ("I am the mate who waits at the gate to ask for the princess's hand"), and feeling free to be herself in the wonderful outdoors with the community formed at camp. When Christina grows up she'd like to be a Marine Biologist or an Environmental Advocate through Environmental Education or Conservation Biology. Christina's hobbies include reading, riding bikes, and scrapbooking. If Christina were to be on David Letterman's Stupid Human Tricks she would touch her tongue to her nose, solve a Rubik's cube, and play the nose flute (not all at the same time). Something that you might not know about Christina is that she was born with a cholesteatoma (non-cancerous expanding tumor) and has subsequently had three surgeries on her left ear leaving her with a cool scar and less than perfect hearing in that ear. She's also traveled to Costa Rica and Panama which are two of the many places on her world travel bucket list. 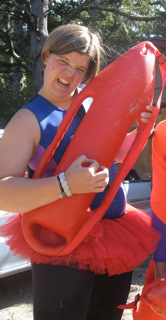 Erin "Skew"-
Erin hails from Portland. She graduated from Linfield College as a Math major and Studio Art minor. She completed her masters degree at Willamette University in Math Education. She currently works as a fancy-pants math teacher in a middle school and is the old foggie on Summer Staff. Erin's camping career began as a tiny tot attending church family camps. Erin has been a camper at Camp Magruder, Suttle Lake, Loon Lake, Sierra Service Project, and Birchwood. Erin has spent several summers on Summer Staff at Suttle Lake, Sierra Service Project, Camp Magruder, and the Center for Talented Youth Summer Programs. She later went on to volunteer as a counselor for two summers at Camp Magruder with S.T.A.R.R. and M.A.D.D. Camp. This summer Erin returns for her third summer as the Summer Program Director at Camp Magruder. Her favorite camp activities include anything involving water or fire and playing so hard that she gets camp boogers and grass in her undies. She also enjoys the weekly s'mores at camp. Erin's hobbies include playing guitar, drawing, painting, ordering nerdy t-shirts on the internet, feminist handi-crafting, biking, Rubik's cubing, and juggling. If Erin were to be on David Letterman's Stupid Human Tricks she would flare her nostrils extremely quickly. Something that you might not know about Erin is that she loves sausage, is proficient at the nose flute, and her hands are extremely inflexible. 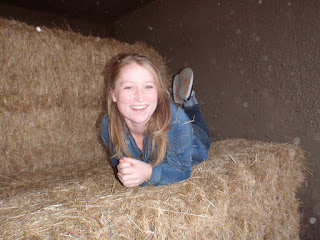 Jessica "Cheerios"-
Jessica hails from Portland and is currently a student at Oregon State University majoring in International Forest Engineering. Jessica's involvement with camp began as a camper at Summer Family Camp at Wallowa Lake, Shakespeare Camp at Camp Latgawa, Snake River Run Camp at Wallowa Lake, and M.A.G.I.C Camp at Camp Magruder. Jessica went through the Counselor in Training program at Camp Magruder and then went on to become a counselor for Mountain Fun at Suttle Lake, Discovery Week 2 at Latgawa, and Superkids and Beach Adventure camps at Camp Magruder. She has volunteered with Outdoor School programs as a Student Leader in Hood River and Camp Arrah Wanna and she served as a Program Aide for Mountaindale West Girl Scout Day Camp for five years. This will be Jessica's first summer on Summer Staff at Camp Magruder. Her favorite thing about camp is playing on the beach and building sand castles. She also enjoys sitting around the campfire with friends. When Jessica grows up she'd like to be a Sustainable Forest Engineer. Jessica's hobbies include pottery, yoga, reading, ballroom dance, gardening, and cooking. If Jessica were to be on David Letterman's Stupid Human Tricks she would move her right ear without moving the left. Something you might not know about Jessica is that she lived in Spain for six months as an au pair. 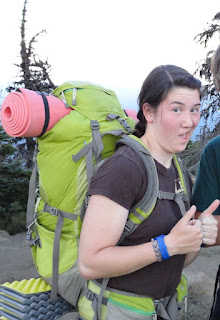 Jessie "Cicada"-
Jessie hails from Salem and will be graduating from the University of Oregon next month with a major in English. Jessie has been involved with camping for several years. She was a M.A.D.D. camper for three years and went through the counselor in training program at Camp Magruder. Jessie spent three years working on Suttle Lake's Summer Staff and one summer as a Counselor and Lifeguard for Camp Treetops. This will be Jessie's first summer on Summer Staff at Camp Magruder. Jessie's favorite camp activities include laughing until her belly hurts, walking on the beach, and sitting in front of a campfire at the end of an awesome day. She also enjoys friendships that grow as thick as a jungle inhabited by strange, silly, and mysterious creatures within a week at camp. When Jessie grows up she'd like to be a stegosaurus, preferably with the name Sally. Jessie's hobbies include knitting, crocheting, playing handbells, and reading. If Jessie were to be on David Letterman's Stupid Human Tricks she would whistle and hum at the same time which sounds like a UFO. Something that people might not know about Jessie is that she loves garden gnomes.