In December 2007 a severe wind storm ripped through Tillamook County and Camp Magruder. This storm caused trees to snap falling on power lines, buildings, and even a car in camp. Magruder was without power for quite some time as staff and volunteers gathered at camp to start assessing the damage, clearing debris, and begin the necessary repairs. Luckily no one was injured in this storm, but Camp Magruder lost several trees including most of the trees between Bunch Lodge and Shorehouse during that storm. In addition to all the downed trees and power lines, Sherlock and Carrier Lodge chimney's were also damaged.

The year to follow included many conversations with insurance agents and many volunteer groups working on cutting up and removing hazardous and precarious limbs. The maintenance staff tried to salvage as much of the usable wood as possible to finish renovations in Bunch Lodge bathrooms as well as Atwood Bathhouse. The summer staff worked tirelessly to remove piles of brush all over camp, but the piles never seemed to end. The middle section of camp between Bunch and Shorehouse which saw so much destruction had the brush cleared and has remained in disarray until this week.

Work has begun on removing old stumps to clear the way in turning this area into a new gathering space. While this area will look dramatically different, this area will provide another place for campers and guests to gather, play, learn about their connections to God and the world around them, and maybe someday be the site of a new pavilion. In the stump removal process we've discovered a few unmarked water lines as well as an old septic tank. Thankfully we've been able to get things worked out and marked and are well on the way to creating a new usable space in the heart of camp. 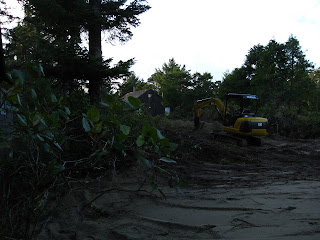 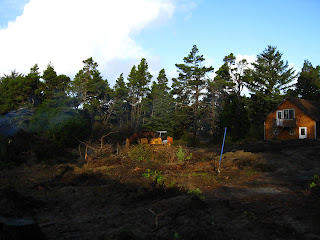 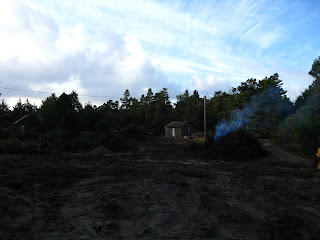 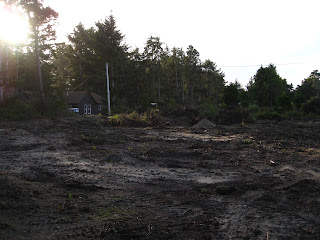 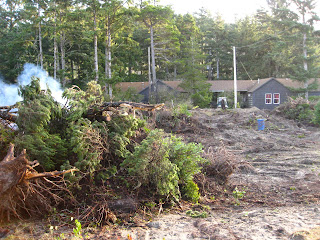 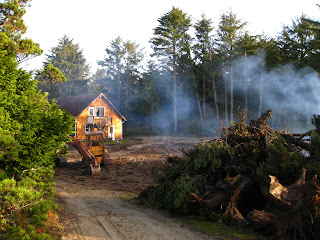 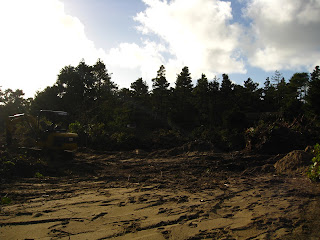 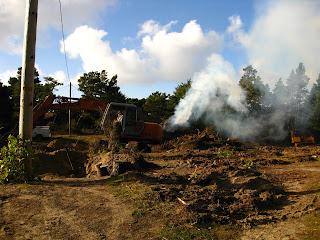 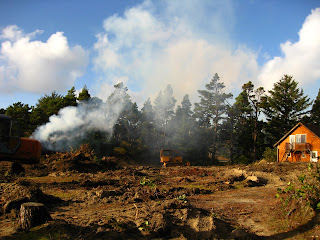