An Ode to Abe 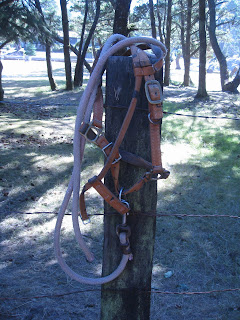 Here are some things we know about Abraham:
1. He was the most gentle donkey of our current Magruder pack.
2. He really liked treats.
3. He was a loyal supporter of fellow donkeys in times of distress and with plans of escape.
4. He enjoyed having his hair braided with dandelions.
5. As soon as he could see the donkey pen on ride giving days he would walk quickly to the bar, rest his chin on it, and sigh.

Here are a couple of poems written about Abe:

Some say he was the leader of the pack
Others just the old one with white hair on his back
But all who say
with pant and neigh
Call today the most unfortunate, for we lack
We lack a family member
His name was Abe

I remember the way
He said good day
With heavy eyes and chewing of hay
Only snapped when he had to
If his companion began to chew
On food that was his, then he would lay
Lay in the sand
And roll in it like he had no clue
That he was near his end

So we remember the old man
Who sniffed unfamiliar hands
And nuzzled the familiar shirts and sweaters
That got to spend time in his pen
But never again
Will we have a Donkey quite like Abe to call a friend.